There is a running joke throughout “My Stir-Fried Life,” the breezy and entertaining autobiography of Ken Hom, a widely known advocate of Chinese cookery through some 36 books, TV documentaries, personalized kitchenware and more.

Now 72, with a bald dome and folds of wrinkles resembling a Shar-Pei puppy, Hom bears an uncanny resemblance to the Dalai Lama — and is often mistaken for him in airports.. And, just like that great Asian sage, this caterer to kings and celebrities is preparing for his own demise by divesting himself of his worldly goods — in his case the proceeds of culinary fame.

Having recently donated his library of nearly 3,000 cookbooks to students at the U.K.’s Oxford Brookes University, a separate institution from the University of Oxford, he now muses, “Humility is a key word in my life. … Don’t take it too seriously. After all, we all know the end game, right? So I am in the process of offloading not only my possessions” — including, he admits, his designer wardrobe — “but making plans in the event of my exit to give everything I have away.”

That will not be so easy, considering the luxurious lifestyle fueled by Hom’s unlikely rise from humble immigrant in the U.S., helping out in a Chicago Chinatown family restaurant, to creating menus at world summits and 10 Downing Street, the home of the U.K. prime minister — a “rags to riches” tale that could also be termed “rags to repasts.”

While continuing to advise numerous restaurants and hotel chains and add to his large legacy of recipe books, Hom rotates between apartments in Bangkok and Paris (near the brilliant “butchers of the Rue Lepic,” as he puts it). When in the U.K., where he believes the food scene is vastly underrated, he frequents the Dorchester Hotel in London’s posh Mayfair district. Nowadays, he spends his summers in his finest treasure: a lovingly restored medieval watchtower, built in the 1300s with foundations dating back to 1185, in the charming village of Catus in southwestern France. Transformed through a decade of work after it was found, appropriately enough, through a purveyor of truffles, the house and its well-equipped kitchen have hosted celebrities ranging from Tony Blair to Tina Turner. Its ancient stone walls are dotted with Buddhas and elephants that offer hints of the owner’s dual cultural loyalties.

But Hom’s witty account of his “Stir-Fried Life” begins in very distant surroundings. Born in Tucson, Arizona, and raised after the death of his migrant father when he was eight months old by a strict single mother who spoke only Cantonese, young Wing Fei (Glorious Son) did not know a word of English when he entered school in Chicago. He was dyslexic, and later had to walk long distances in the city’s cold winter climate to continue his education. But the learning that would stand him in best stead was acquired working in the back of the King Wah, a Chinese restaurant where his uncle Paul paid him 75 cents an hour.

An adventurous spirit, spurred on by the hippy culture of the 1960s and a voracious appetite for new flavors and people, led him to the San Francisco Bay Area, where he quickly fell in with the bon vivant crowd creating the new California cuisine and gave up studying art history to start the Ken Hom Cooking School in his home in Berkeley, site of the main University of California.

The rest is history, and if there is anything difficult about this easy read, it is suppressing a natural heap of envy at the turns of luck and networking that helped Hom on his way. 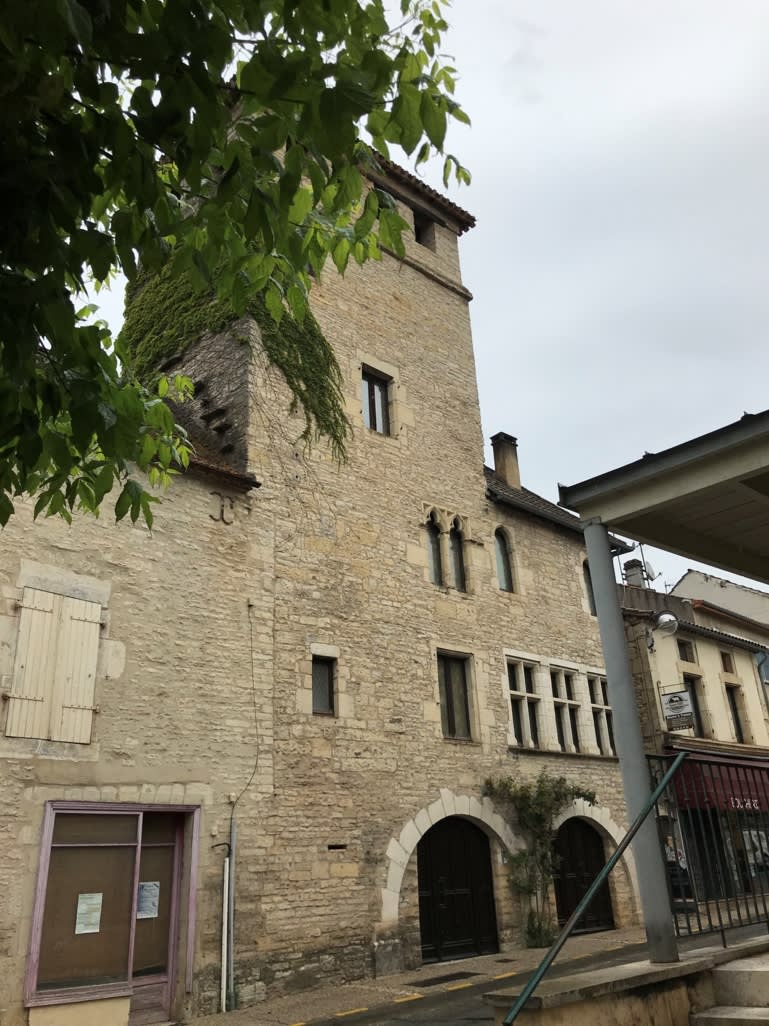 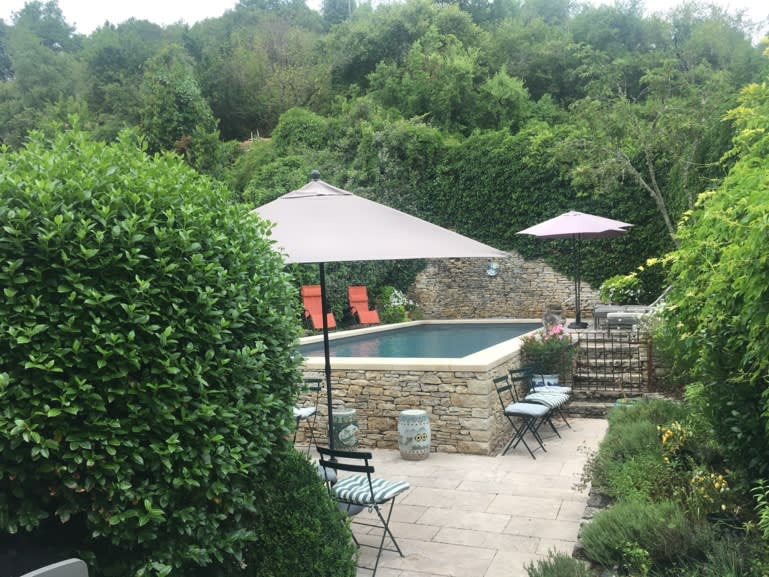 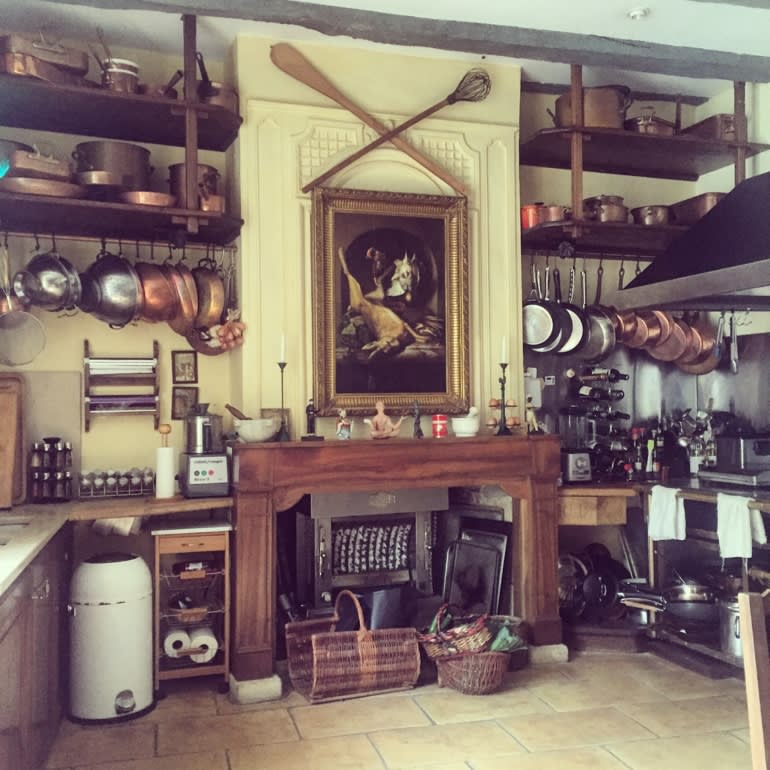 Hom’s summer retreat is a lovingly restored medieval watchtower in the village of Catus in southwestern France. (Courtesy of Ken Hom)

First published in the West nearly five years ago, Hom’s inspirational saga is only now reaching many Asian readers through translations in Thai and Mandarin. As the author points out, some revisions have been made to take into account what is “relevant to each of those countries.” For example, he says, Thai and Chinese people “don’t know or care who Julia Child (the late American TV chef) is.” In his book, he cites Child as the first and biggest influence on his expanding appreciation of non-Chinese fare, and reveals several lunches in which she recounted her World War II service with the U.S. Office of Strategic Services, the forerunner of the Central Intelligence Agency, in China’s Yunnan Province.

For the Thai version, he has added new material about how he wound up cooking at Bangkok’s prestigious Oriental Hotel, saying, “It is the funny anecdotes that sell the book!” There are plenty of such tales throughout the book, which is also laced with a smattering of recipes relevant to places and events.

In addition to his obvious passion for food — and eating in some of the world’s finest establishments — he is a perceptive observer and diligent raconteur, retelling many encounters with the rich and famous. A world-class name-dropper, he not only gives behind-the-scenes insights into fellow gourmets like Craig Claiborne, James Beard and Jeremiah Tower, but also has shared chopsticks with Danny Kaye, Elton John, Britain’s Prince Charles and former Chinese Premier Zhu Rongji.

It was through an accidental encounter with Indian TV chef and actress Madhur Jaffrey that he was recommended to host the BBC’s first-ever series on Chinese cuisine, “Ken Hom’s Chinese Cookery,” which premiered in 1983. The series turned his “only in America” saga into a mostly “made in Britain” smash hit. 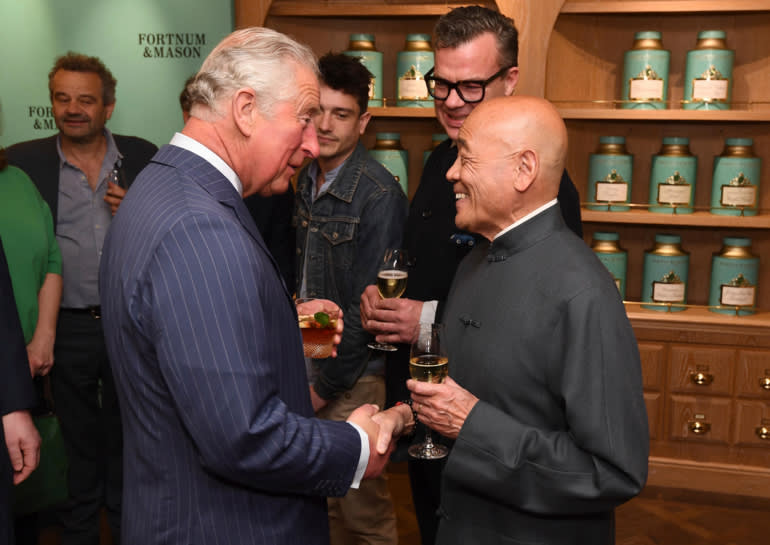 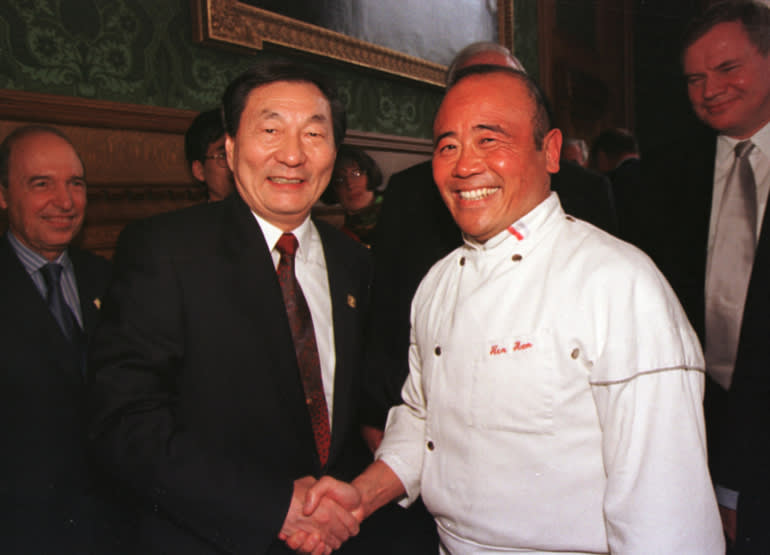 Hom can drop some of the biggest names around, including Britain’s Prince Charles, seen here in 2019, and Zhu Rongji, who was China’s premier when this photo was taken in 1998. (Top photo AP, bottom photo Reuters)

The BBC took a chance on a broadcasting novice, and expected small audiences. But Hom’s introductory course on woks and dim sum (Chinese steamed buns and dumplings) exponentially expanded recognition for Chinese cuisine in Britain, and the accompanying recipe book broke records with a first printing of 350,000 copies. It remains in print. His first show was extended to a further five series.

Clearly, there is more to Hom’s success than his American English, infectious smile and irrepressible appetite. His enthusiasm made him a natural communicator for his pride in Chinese cuisine, boosted by subsequent stints in Hong Kong and in mainland China, where his last BBC show, the award-winning “Exploring China: A Culinary Adventure,” involved 5,000 miles of travel stalking the specialties of his homeland. He still relishes the role of global teacher, declaring, “Each dish has a story which I love telling!”

Even as he has sampled exalted gastronomic heights, the dishes he offers remain simple enough for anyone to make. And he insists his favorite meals are “simple home comfort cooking made with love.” He cites Cantonese pressed duck, the ubiquitous yet ingenuous specialty hanging in many of the world’s Chinatown windows, as a signature dish and — avoiding the temptation of elaborate showing off — is not above prescribing means for creating the perfect fried rice, hot pepper prawns or bean sauce chicken. 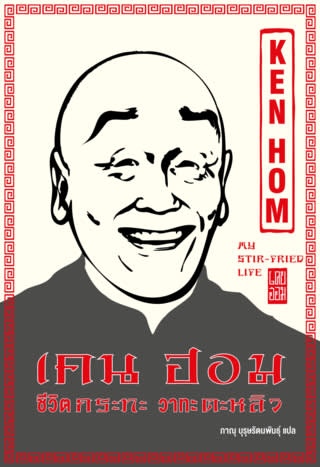 The cover of the Thai edition of “My Stir-Fried Life.”

Even as he carries on with a website blog from his watchtower home, his tips are for simple fare made from leftover bread or on baguettes, and he is full of suggestions for utilizing and conserving ingredients. “I try to not only work on behalf of many charities that I believe in but practice what I preach,” he says from France. “For example, I try never to waste a single piece of food. Food waste is not only morally reprehensible but bad for the environment.”

Among his many causes, he says that he has raised up to 11 million pounds ($14.8 million) for the charity Action Against Hunger, which is working in 40 countries to alleviate poverty and promote sustainable lives. After a bout with prostate cancer, he has lent support to awareness of the disease in the U.K. “Despite my success,” Hom says, “I am well aware of the world’s problems and feel the need to give back.”

Closer to his abiding interests, he became a founding patron of Oxford Gastronomica, which from 2007 to 2017 was a food and cultural studies institute based within Oxford Brookes. Today, he is part of a unique think tank, the Oxford Cultural Collective, which stages master classes that expand knowledge of everything from Palestinian food to the basics of restaurant management. His creation of the Ken Hom-Lee Kum Kee scholarships helps fund four promising British culinary researchers a year to travel to Hong Kong to further their exposure to Chinese cuisine.

As this culinary ambassador says, “Food is even more important in the post-COVID world because hopefully … our food unites us rather than dividing us. Perhaps it will give us a new perspective on food that it should be comforting and … that every culture and ethnic group can bring something to the table to share.”