Many of the most iconic Food Wars! recipes have made the jump into the real world thanks to the dedicated efforts of these skilled YouTube chefs.

It’s been over a year since Food Wars!: Shokugeki no Soma ended, leaving a deep hunger in the hearts of culinary anime fans. Since its end, audiences have been yearning for more imaginative recipes to satisfy their cravings. To fill this void, creative chefs have taken to YouTube with their own versions of the show’s most mouthwatering dishes to send viewers into epicurean ecstasy. For anybody looking to spice up their cooking routine with something straight out of a shokugeki, here are some impressively recreated menu items from Food Wars! and the YouTube channels that have made them, along with some culinary trivia for each one.

Akira Hayama used the Autumn Election tournament to wow Totsuki with his sense of smell. After making it to a three-way final round with Soma Yukihira and Ryo Kurokiba, Akira won first place by surprising everyone with his carpaccio, which highlighted the freshness of seasonal saury with a fragrantly scorched aroma. Carpaccio is a surprisingly recent creation, invented in Venice in 1950 to meet the raw dietary needs of a visiting countess.

A beautiful revamp of the dish was made by YouTuber Vena Zhang on her internationally targeted channel. Though she finishes the dish by cooking the seafood through, due to a lack of sashimi-grade saury, she elegantly demonstrates it as Akira would have made it first for those who can acquire fresher fish. Aside from her Food Wars! videos, she also showcases her own original recipes of scrumptious Chinese and Japanese dishes.

When putting Totsuki students through their first taste of hell, graduate chef Kojiro Shinomiya almost expelled Megumi Tadokoro for her inability to reproduce his “Nine Vegetable Terrine.” With Soma’s help, she pushed back through an informal shokugeki, inventing her own colorful “Rainbow Terrine” which warmed bodies and tantalized both sight and taste. A terrine is a rectangular dish, cooked in a box-like vessel also known as a terrine, and sliced for individual servings. While many are made from meat pâtés, it is extremely versatile and can be made of almost anything.

A Taste of Anime provides a take on the recipe that looks refreshing while maintaining the vibrant colors of the original. The clean divisions between each layer ensures that diners enjoy every ingredient to the fullest, complimenting each bite with the two contrasting sauces drizzled around the edges. As its name implies, the channel also makes dishes based on a wide selection of other anime series. They’ve even made a recipe inspired by seasonal ingredients in Animal Crossing.

After months of trying to get her to admit his food was delicious, Soma finally served Erina Nakiri something that her God Tongue couldn’t resist.  By freezing an egg, he prepared a tempura donburi with a perfectly drippy, deep-fried soft-boiled egg. This innovation used one of the most versatile ingredients in the world to prepare a meal that was both simple and complex. Despite tempura being thought of as a quintessentially Japanese dish, it originated with Portugese traders in Nagasaki.

A picture-perfect version of the dish can be found on YouTube channel Pwnapplez. His Food Wars! videos are part of a series titled “Cucco’s Kitchen,” which focuses on food from both anime and video games. In particular, his menu items from The Legend of Zelda: Breath of the Wild are presented with impeccable attention to detail.

Soma used the Moon Festival as his chance to go toe to toe with Chinese cuisine expert Terunori Kuga, the 8th Seat of the Elite Ten at the time. To optimize his cart-based sales strategy, he merged several comfort dishes into one easy-to-eat package. Consisting of mapo tofu over a bed of ramen noodles, the true star is the curry-filled meatball that tops it off. The dish highlights the cultural exchange between various Asian countries, as Japan received inspiration from Chinese beef noodles for ramen and India-influenced British curry. Mapo tofu, a well-loved Sichuan dish, originated in China as early as the 1200s and is also popular in Japan.

The adaptation of the dish on ChefMar’s channel captures the anime’s dish perfectly. Using a frozen curry cube to ensure an explosion of curry, he manages to preserve Soma’s trickiest gimmick. On top of highlighting the best that Food Wars! has to offer, ChefMar has an ongoing series of recipes from Genshin Impact.

RELATED: Food Wars!: How to Get Started With the Anime & Manga

Erina’s “Souffle Leger de Grace” was the glorious dessert that secured the penultimate match in the team’s Régiment de Cuisine against the Elite Ten. Taking inspiration from Megumi’s Apple Dorayaki, Erina created a decadent pillow of silky sweetness, sandwiching a layer of smooth azuki paste. Erina’s dish resembles the modern soufflé pancake, which originated in Japan and is all the rage at brunches the world over. Though myths connect the dorayaki to the legendary warrior Musashibou Benkei, its most well-known form, with red bean paste layered between two gong-like cakes, originated in Ueno in 1915.

Anime Kitchen is the place to find a version that looks almost exactly like the original, right down to the garnish. While any soufflé is a feat of talent, the most intriguing step is their pan-crisped Black Sesame Tuile topper. In addition to Food Wars!, Anime Kitchen has covered items from numerous Studio Ghibli classics and other feel-good series like K-On! and Non Non Biyori.

KEEP READING: 5 of the Most Frustrating Anime of All Time – Dragon Ball GT, Food Wars! & More 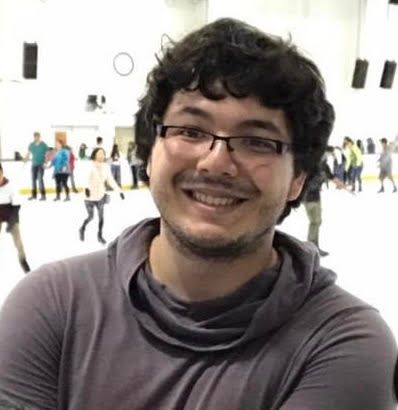 Chris Nishijima is an Anime Features Writer for CBR. He is a lifelong devotee of the way of the otaku and still believes that in his hour of need he’ll either have a Magical Girl rescue him, or he’ll be isekai’ed to another world. He has previously written for Anime News Network in their Interest column and has worked for ELEVEN ARTS in distribution and promotions.