An outspoken father has sparked a furious debate after ranking international cuisines from best to worst, describing Mexican food as ‘cat vomit’ and Italian for ‘plebs’.

Bruno Bouchet, from Sydney, shared his ‘definitive’ rankings of 17 cuisines from all around the world, with France, Vietnam and Japan taking out the top spots, while popular dishes from India, Italy and Mexico languish at the bottom of the scale.

‘The 100 per cent accurate international cuisine power rankings. Don’t bother commenting, this isn’t up for discussion,’ the self-proclaimed ‘list king’ wrote on Instagram. 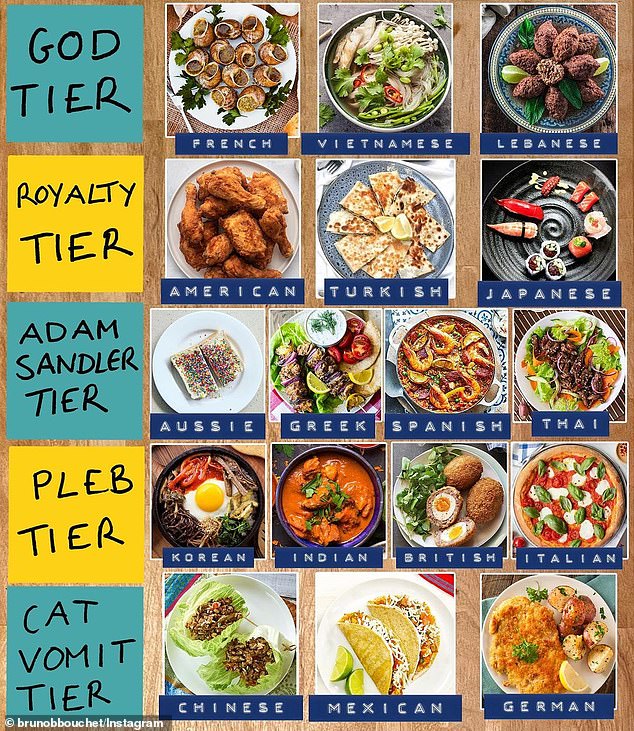 An outspoken father has sparked a furious debate after