Thankfully, at my first few club meetings, I got to experience the extraordinary storytelling of local music legend Bruce Hampton, before he died onstage at the Fox Theatre during his 70th birthday concert.

The lunch group actually dates back about 20 years, to when Hampton and former Capricorn Records exec Dick Wooley would meet for lunch. Gradually, others started to tag along. 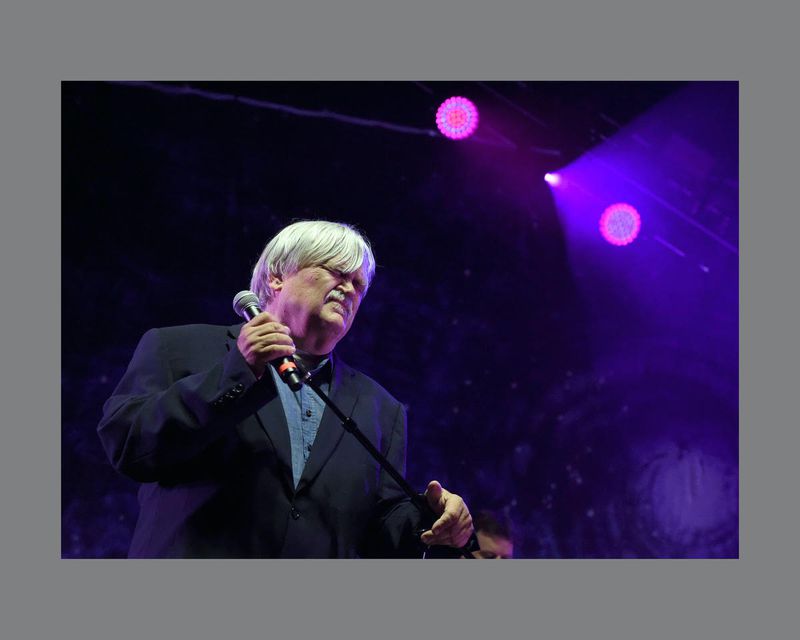 Col. Bruce Hampton, an Atlanta music legend, is seen onstage at the Fox Theatre during the May 2017 birthday concert where he died. (Courtesy of Rick Diamond Photography)

Chattanooga recording studio owner Glenn Halverson (who drives down for the lunches) was an early member. “I was only 36,” he recalled, “and I was very much intimidated. These guys were the real deal. I was smart enough to shut up and listen … and learn.”

Wooley recently described the lunch club as “just a bunch of old farts getting together and swapping war stories. … We have a few laughs.”

Nowadays, the age range generally runs from the 40s into the 70s — mostly men, but there are a couple of women among the regulars. As many as two dozen folks have been known to show up, with guests sometimes dropping by, including former Humble Pie guitarist Tom Johnson and longtime R&B guitarist Hermon Hitson.

Bo Bo Garden has an expansive menu, but the lunch fare is mainstream Chinese dishes. We meet there primarily because it’s one of the few places in town that has a table big enough to seat us all. 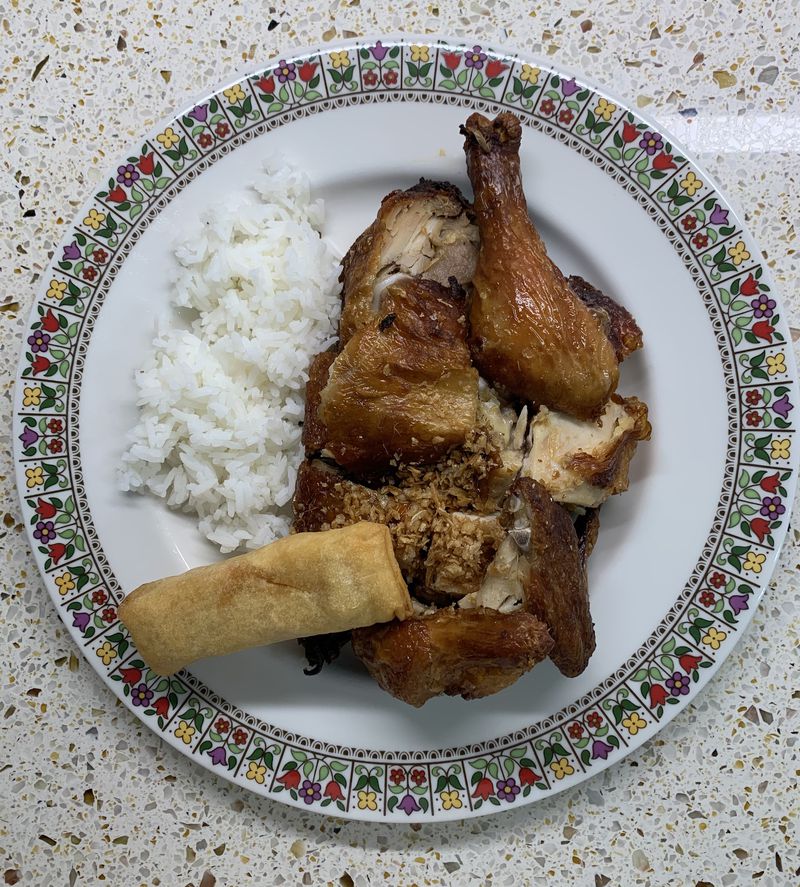 The crispy garlic bone-in half chicken at Bo Bo Garden Asian Cuisine in Doraville is an ATL Music Lunch Club favorite (and worth the wait). (Courtesy of Olivia King)

Some dishes take longer than others to come out, particularly the crispy garlic chicken favored by Wooley. We all throw a dollar into a pot and the last person to get their food (usually Dick) gets the money, which basically pays for his lunch and share of the tip.

Over such group favorites as shrimp and eggs, shrimp with black bean sauce, mushroom chicken and shredded pork with garlic sauce, we share amusing tales about superstar encounters, talk about favorite performers, tell jokes and just share our lives. You might even hear a couple of folks comparing notes on hearing aids!

“I do love the stories about the music biz from the ’60s to the ’80s,” said one of the younger members, local singer Karin Johnson, who also works with Pucci in his music publicity firm.

Yes, there are unprintable tales of sex, drugs and rock ‘n’ roll from members’ younger days, but many stories are family-friendly. At my first gathering, I remember former MCA Records sales rep Forrest Haller telling how a cardboard standup of singer Tom Jones wound up with a couple of bullet holes in it. (A businessman who lived in the Peachtree Street house where a record distribution firm was based mistook the cardboard Welshman for an intruder in the night.)

“We gave it last rites and buried it in the backyard,” Haller said, laughing. 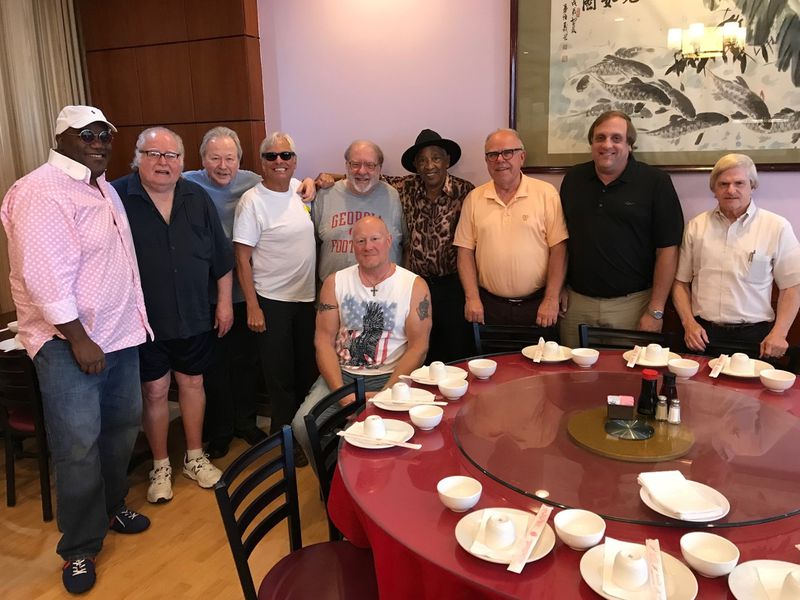 Many of the most fondly told stories involve Hampton, a mentor to many in the music business. Actor Billy Bob Thornton was in Hampton’s band at one time. After Thornton hit it big in movies, Hampton had a role in the film “Sling Blade” and the Colonel (as he’s fondly called) loved to recite one of his key speeches from the movie over lunch.

“Bruce was really the centerpiece of the lunch group,” said Wooley, recalling another favorite story told by Hampton, about how he encountered rock pioneer Little Richard in the mid-1960s, outside a club on Auburn Avenue. Richard was chewing out one of his guitarists for daring to outdress him. That guitarist was Jimi Hendrix.

Speaking of Hendrix, Pucci has a story about the first time he ever saw the guitar legend in concert, in July 1967. He and a friend decided to arrive early at the New York City club where Hendrix was playing.

“We turned the corner onto the street where the club was, and out in front was a large stack of Marshall amps,” Pucci recalled. “And, sitting on top of them was Jimi, reading the National Enquirer!”

They talked with Hendrix for a few minutes, Pucci said, adding: “The dope that I was, I didn’t ask for an autograph!” 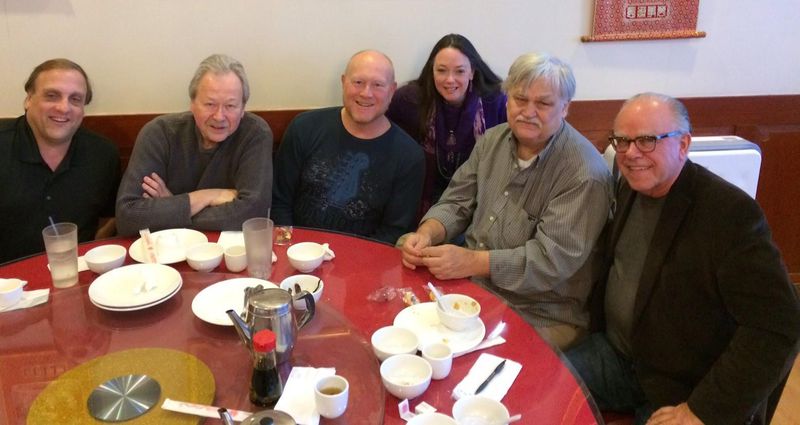 Recently, after reminiscing with former Memphis club manager Deborah Coons about how we miss our monthly club gathering, I was hankering for some Bo Bo, so my family ordered a takeout lunch from the restaurant.

Wanting to see what Wooley has been waiting on all those times, we included the crispy garlic chicken in our order. As it turned out, we didn’t have to wait on it, but, if we had, it would have been worth it. It was delicious.

The members of the ATL Music Lunch Club know whereof they speak, whether it’s music or Chinese food.

Read more stories from the ATL Music Lunch Club at Bill King’s Quick Cuts blog, billkingquickcuts.wordpress.com. He can be reached at [email protected].