The Biden administration is pouring a historic infusion of cash into an initiative aimed at making it easier for farmers to transition to organic agriculture, including by giving them access to mentors.

Organic advocates say the $300 million Organic Transition Initiative, which will be rolled out over two to three years, is critical for helping farmers learn organic practices and manage the shift from conventional production. Farmers can’t sell commodities for higher, organic prices until after a three-year transition period.

Federal funding for organic agriculture has traditionally been relatively modest.

The 2018 farm bill provided $24 million over five years for the National Organic Certification Cost Share Program, which helps farmers with the cost of converting to organic agriculture. The bill also funded the Organic Agriculture Research Initiative at $20 million for 2019 and 2020, $25 million for 2021, $30 million for 2022 and $50 million in 2023.

The new funding was included in a collection of initiatives totaling more than $2 billion that the administration is taking to “transform” the U.S. food system. Agriculture Secretary Tom Vilsack said becoming an organic farmer can be “complicated” and a transformed food system “needs to make that process less complicated and the financial cost of transition easier to bear.”

In addition to creating a mentoring program for farmers, the organic transition plan also will fund conservation and crop insurance assistance as well as market development projects in targeted markets.

Eric Deeble, policy director for the National Sustainable Agriculture Coalition, told Agri-Pulse that the mentoring program is one of the most important aspects of the initiative. 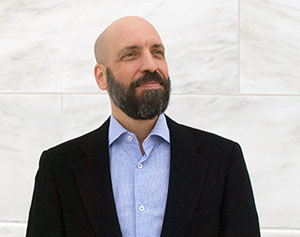 Allison Johnson, a senior attorney for the Natural Resources Defense Council, said the funding to aid transition is “long overdue.”

“When I talk with organic producers, I consistently hear that they struggled through the transition period, both financially and technically,” Johnson said. “It takes time for land to heal after being managed with synthetic inputs, so this funding should help producers bridge the gap, navigate pest management and soil health naturally, and lower the hurdles that have deterred many producers from pursuing certification.”

However, details about how exactly USDA will spend the money are scant.

Looking for the best, most comprehensive and balanced news source in agriculture? Our Agri-Pulse editors don’t miss a beat! Sign up for a free month-long subscription.

“We’re looking forward to getting more detail and hoping that we’re able to provide more input as the program is built out,” Gwendolyn Wyard, the vice president of regulatory and technical affairs at the Organic Trade Association.

Deeble pointed to another new USDA initiative, the Meat and Poultry Processing Expansion Program, as a potential example of how USDA could proceed.

“If you looked at something like … the MPPEP program to support processors … a certain amount would go directly to the person who’s implementing the changes, [but] there’s also some of the money that’s set aside under MPPEP for technical assistance,” he said.

Some of the money is “set aside for revolving loans and funding mechanisms, which I imagine could also maybe be a part of this transition incentives program,” Deeble said. “I think they feel that that model was successful, and I wouldn’t be surprised if they used some sort of similar hybrid approach here.”

For more news, go to www.Agri-Pulse.com.